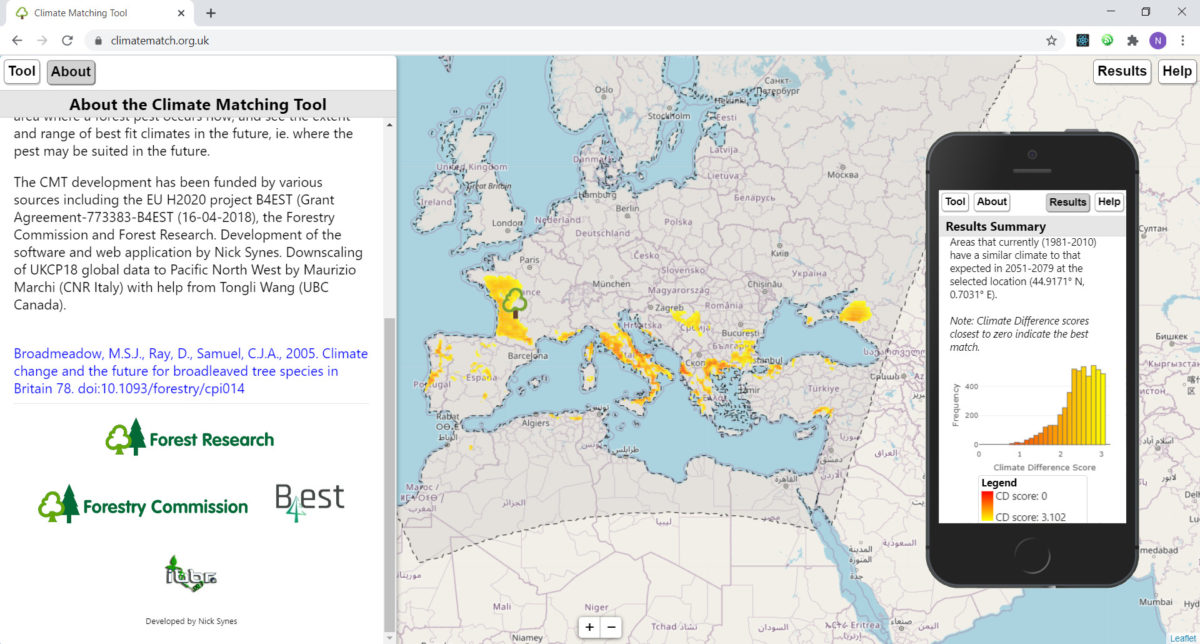 As part of my ongoing work with Forest Research, I have created an API wrapper for the desktop-based climate matching tool I previously developed. I also designed a new web-based user interface which is hosted by Forest Research at climatematch.org.uk. The user interface was developed with responsive design patterns so it is equally easy to use on smartphones and desktop computers.

The tool provides an intuitive way to visualise potential future climate; displaying regions expected to have similar climate to the projections of user selected locations. The tool also displays a frequency distribution to aid the user’s interpretation of the spread of matched climatic conditions. The purpose of the tool is to help forestry practitioners and policy makers select seeds that will maintain forest resilience, and also to plan for potential future pest species.

The tool uses the climate matching equations described in Broadmeadow et al. (2005). The equations are based on mean monthly temperature, diurnal temperature range and precipitation. It is important to note (as explained in the guidance) that the tool uses representative concentration pathway (RCP) 8.5, which is considered a worst-case scenario projection of climate change.

I developed the tool as part of my work at Forest Research, but funding came from both B4EST and the Forestry Commission who have posted guidance for the tool.