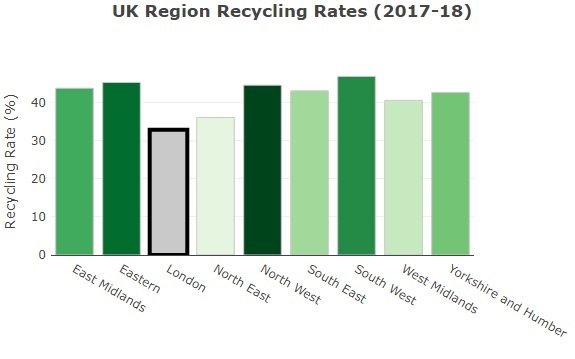 In 2018 I contacted my local council (London Borough of Hounslow) to request more bags for household recycling. I was living in a flat, and Hounslow recycling policy at that time was for residents of flats to use purple bags for general waste and clear bags for mixed recycling. I was told by the recycling team that clear bags were no longer provided, but if I just put recyclables into the purple bags their sorting team would separate them out. This seemed pretty unlikely to me, so I continued explaining to them that it was not possible to separate and decontaminate recyclables from general waste (if they had found a way, this was a ground-breaking solution they needed to share with the world).

They eventually admitted that there was no policy to filter out recycling from bags of general waste, and that any clear recycling bags left out by residents were also treated as general waste. They had no plans to inform residents, and when I called again, a new representative still told me that recyclables would be separated.

Despite these two major streams of recyclables currently being consigned to landfill or incineration, the council had no plans to inform locals of the situation. This seemed crazy to me – if they made the situation public, residents could at least find alternative recycling options. Admittedly, not everyone has the time or inclination, but they should be given the option.

In light of this, I started placing stickers on the local public recycling bins to help inform locals about the issue – perhaps some people would see the sign and take their recyclables elsewhere. The Evening Standard covered the story here, and ITV London here. Hounslow eventually agreed to cover the ‘recycle’ labels on these bins, but since the green tops to the bins remain alongside the general waste bins I’m sure many people still assume they are for recyclables.

Apart from the spokesperson’s response in the Evening Standard article, the only other official comment from the council (that I was able to find) came in the form of a tweeted image by a spokesperson. Being cynical, I think this was a clever way for them to put out an admission, whilst minimising the number of people who would ever see it. Their official twitter account did not mention the issue, and tweeting the response as an image means that it will not be indexed by search engines. Who knows if this was their intention, but it’s certainly effective.

I include their full response here so that it is at least online somewhere:

“There are 750 street litter bins in the borough, only 150 of these are dual bins with a recycling compartment. Dual bins were introduced to encourage residents to recycle, however, our collection crews have found the waste in these bins to be routinely contaminated. Because of these behaviours it has not been possible to recycle waste from dual bins. The 75,000 residents’ homes in the borough are unaffected and recycling from these properties is collected weekly.

To ensure transparency going forward, the Council and Hounslow Highways have taken steps to ensure that all signage pertaining to dual bins being available for recycling is no longer visible. Residents should now be aware that street bins are to be used for general waste only

The Council has invested in a number of measures to increase recycling in the borough, including:

– issuing residents with boxes to separate plastics, glass, paper and cardboard so they can play an active role in recycling their waste;

– building a new state-of-the-art waste and recycling facility where over 16,000 tonnes of recycling will be processed each year;

– launching a high-profile awareness campaign to discourage littering and fly-tipping.”

The difficulty I find with this story is that some responses have been along the lines of: ‘See, I knew recycling was pointless’. I really hope that was not the reaction of too many people. Admittedly, recycling is low in the waste hierarchy – most importantly, we need to be reducing the amount of waste we produce. But that does not diminish the importance of recycling whilst so much of what we buy is wrapped and contained within non-reusable and non-compostable materials.